Vegetables are easy to cook compared to other foods such as fish and meat. Fruits and vegetables are mainly composed of carbohydrates which are heat resistant molecules. Boiling vegetables gives them a soft and succulent texture. It is a method that makes vegetables more tender compared to steaming. The challenge however is to get vegetables and fruits with the right texture but without losing colour, flavour and nutritional value.

There are several factors that determine the cooking time of vegetables or fruits in water. One is the hardness of the water. Hard water has a higher amount of lime and this lengthens the time needed for cooking. Another factor that lengthens the cooking time is acidity. If they are cooked in an acidic liquid, such as tomato sauce or fruit puree, the cooking time will also be longer. Conversely, in alkaline water, vegetables may become too soft when boiled. Salt is a factor that helps to soften them earlier. These factors are interesting in the kitchen to get the vegetables to boil to the desired consistency. 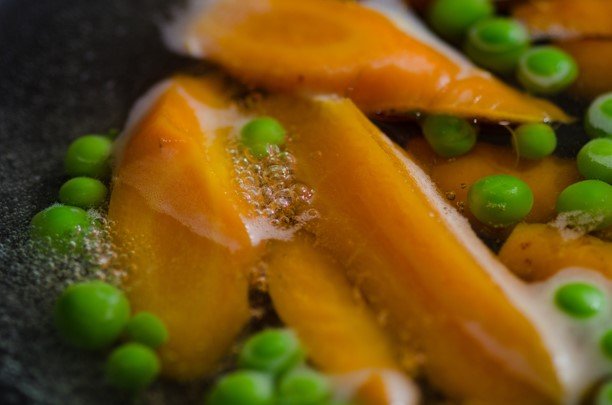 Photo by mali maeder from Pexels

QUESTION: What do you get when you add a pinch of baking soda to the water in which you are going to boil a vegetable?

This is a trick to soften the vegetables in a faster way. In green vegetables if they are boiled with a pinch of salt and a little baking soda also preserves the bright color of chlorophyll.

Steaming is one of the healthiest cooking methods. It is a technique that preserves water-soluble nutrients much better because the food is not submerged in water. The heat is transmitted by the steam and when it touches the cold food, a film of water droplets forms, known as a condensation film. In this way the heat passes through this film and gradually cooks the food. For even cooking it is advisable that the pieces are arranged in a single layer or are very loose so that the steam has access to all surfaces.

The availability of carotenoids is also increased in boiled and steamed carrots, cabbage and spinach.  However, there are vegetables where it may be better to grill, such as asparagus, broccoli and zucchini. 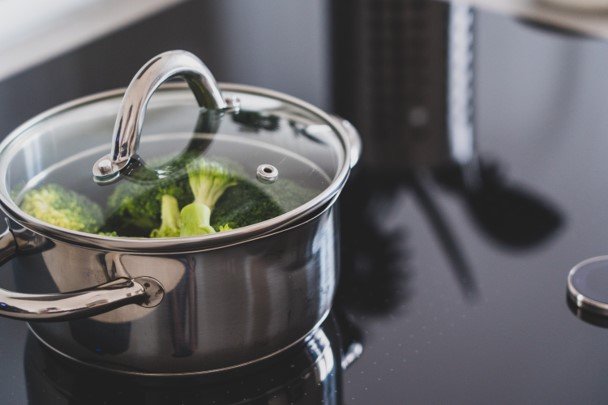 Photo by Castorly Stock from Pexels

When boiling vegetables, it is not advisable to put too much water in the pot. Add the vegetables when the water starts to boil, and it is best to cover them to take advantage of the steam. It is important, however, that the amount of water is sufficient so that the boiling does not stop when the vegetables are added. The important thing is not to boil the vegetables more than necessary. For example, it is estimated that at 100 degrees centigrade, and after 20 minutes of cooking, 50% of the vitamin C is destroyed. Once cooking is finished, and in order to preserve the vitamins and minerals, do not let the vegetables cool in the water; drain them as soon as possible, even if they are not going to be consumed immediately. In fact, if they are not going to be consumed immediately, it is better to put them in ice water as it gives them a more intense flavour, texture and colour.

Cruciferous vegetables such as cabbage, broccoli or cauliflower are often boiled in water because it helps reduce the purgative taste of most of these vegetables. However, boiling reduces the bioavailability of healthful compounds. For example, it is estimated that it can cause a 25-75% reduction in glucosinolates. Consumption of the cooking liquid, which is common in some dishes such as stews and soups, is important to increase the availability of these compounds. An alternative to liquid-retaining preparation techniques is the consumption of raw cruciferous vegetables, such as raw rocket leaves in salads.

Previous Topic
Back to Lesson
Next Topic