Module 5: Health Communication and Counselling on Weight Management of Children/Adolescents at Increased Risk of Obesity

The Transtheoretical Model (TTM) (also called the Stages of Change Model), developed by Prochaska and DiClemente in the late 1970s, evolved through studies examining the experiences of smokers who quit on their own with those requiring further treatment to understand why some people were capable of quitting on their own (Prochaska & Velicer, 1997). It was determined that people quit smoking if they were ready to do so.

The TTM focuses on the decision-making of the individual and is a model of intentional change. The TTM operates on the assumption that people do not change behaviors quickly and decisively. Rather, change in behavior, especially habitual behavior, occurs continuously through a cyclical process. The TTM is not a theory but a model; different behavioral theories and constructs can be applied to various stages of the model where they may be most effective.

The TTM posits that individuals move through six stages of change: precontemplation, contemplation, preparation, action, maintenance, and termination. Termination was not part of the original model and is less often used in application of stages of change for health-related behaviors. For each stage of change, different intervention strategies are most effective at moving the person to the next stage of change and subsequently through the model to maintenance, the ideal stage of behavior change.

The steps illustrate a sequence of cognitive and behavioral steps toward successful behavioral change. Specifically, for nutritional therapy, they refer to the degree of readiness of an individual to adopt the proposed dietary behavior (Spencer et al., 2007). Although the transition from one stage to another is often considered linear, it has been suggested that a spiral better captures, in terms of graphic performance, the movement between stages, due to the dynamic nature of change.

The stages of behavior change are as presented on the table below.

The “relapse” part of the TTM is not a stage. It is a form of regression, in which the person moves to a previous stage. 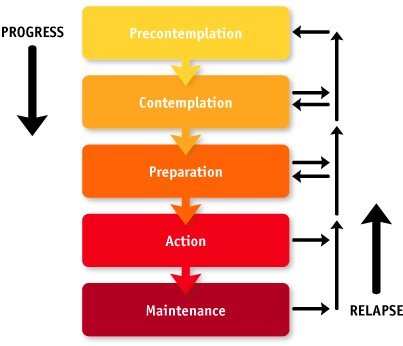 This Photo by Unknown Author is licensed under CC BY-SA

What the TTM includes? 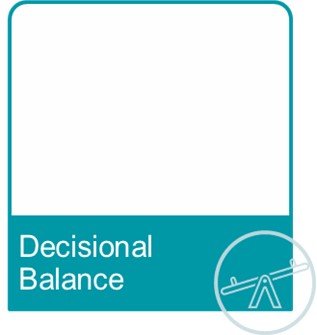 As individuals progress through the Stages of Change, decisional balance shifts in critical ways. 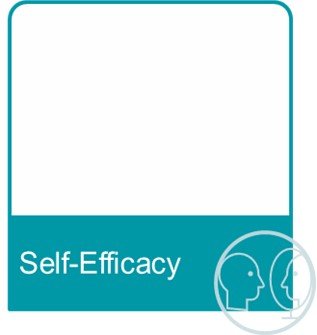 This construct reflects the degree of confidence individuals have in maintaining their desired behavior change in situations that often trigger relapse. It is also measured by the degree to which individuals feel tempted to return to their problem behavior in high-risk situations.

While the Stages of Change are useful in explaining when changes in cognition, emotion, and behavior take place, the processes of change help to explain how those changes occur. These processes need to be implemented to successfully progress through the stages of change and attain the desired behavior change.

These processes can be divided into two groups:

Previous Lesson
Back to Lesson
Next Topic